‘Hiring anyone that shows up’: SF businesses struggle to stay afloat amid labor shortage

He Never Touched the Murder Weapon. Alabama Sentenced Him to Die.

As the media continues to attack Green Bay Packers quarterback Aaron Rodgers over his vax comments, there have been dozens of NFL players who have committed crimes, including domestic violence, robbery, and drunk driving.

And many of these players have been practically ignored by the media.

Breitbart Sports recently noted that the media had attacked Aaron Rodgers for his ideas on the vax even as they give only glancing coverage of former Raiders player Henry Ruggs III.

Last week, Ruggs crashed his Corvette Stingray into the back of a 23-year-old woman’s SUV and killed her. The woman’s car exploded in a ball of fire. But the media, for the most part, simply reported the incident straight and moved on even as they continued to publish attacks on Rodgers because he didn’t want to take the coronavirus vaccine.

But Ruggs’ outrage is far from the only recent crimes by NFL players that drew a shrug from the media.

Just last week, video of another Raiders player emerged in which it appeared he was threatening someone with a gun.

The video of Las Vegas Raiders defensive back Damon Arnette was posted to Twitter last Friday. Still, overwhelmingly, the media once again simply reported the news of Arnette’s troubles as straight news. No long lists of editorials attacking him.

Arnette has also been sued over an alleged hit-and-run car crash, casino altercation.

Deshaun Watson, of course, is accused of 22 sexual assaults. But instead of finger-wagging and reproach, the media reports that Watson is accused of “alleged” crimes and otherwise continues to report on his NFL career and discussions of him being traded by the Houston Texans. 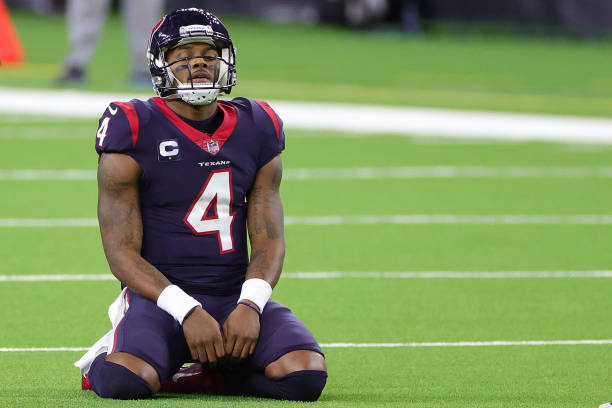 HOUSTON, TEXAS – JANUARY 03: Deshaun Watson #4 of the Houston Texans reacts to a play during a game against the Tennessee Titans at NRG Stadium on January 03, 2021 in Houston, Texas. (Photo by Carmen Mandato/Getty Images)

Kansas City Chiefs Tyreek Hill has also had years of legal troubles about which the righteous scribes of the sports media have not been very interested. Hill was arrested and charged with domestic assault and child abuse, but the media is more interested in his playing than his legal problems. 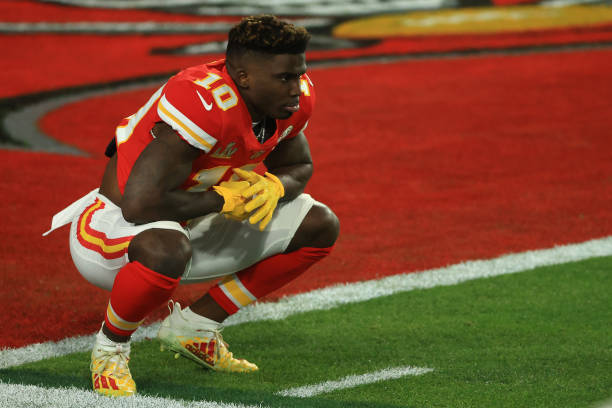 TAMPA, FLORIDA – FEBRUARY 07: Tyreek Hill #10 of the Kansas City Chiefs looks on prior to Super Bowl LV against the Tampa Bay Buccaneers at Raymond James Stadium on February 07, 2021 in Tampa, Florida. (Photo by Mike Ehrmann/Getty Images)

Finally, there is the news and its treatment of former Washington Football Team player Derrius Guice who was arrested in August on domestic violence charges. Washington quickly released Guice, but the media has only been interested enough in his case to give the story the barest treatment. All straight news. No tirades, no moralizing, no attacks on him for his actions.

The media continues to treat Aaron Rodgers as if he is perpetrating the crime of the century for refusing a vaccine. Meanwhile, the same media are uninterested in lecturing players for actual crimes and crimes against women.

‘Hiring anyone that shows up’: SF businesses struggle to stay afloat amid labor shortage

He Never Touched the Murder Weapon. Alabama Sentenced Him to Die.

Ohio driver keeps one hand on wheel, catches baby with other as wife gives birth in passenger seat